Jeff Bezos made waves this week that investors should “take a seat” and that Amazon would be ploughing all its profits into the business to address COVID-19. Cue investors fainting, an immediate 5% stock price downturn. But Amazon’s approach is entirely to be expected: in what universe would Amazon NOT invest to meet a new opportunity?

And Amazon executed. It effectively spent all of its profits between 2002 and 2018 on investments mostly on its unmatched logistics network, transforming it from this: 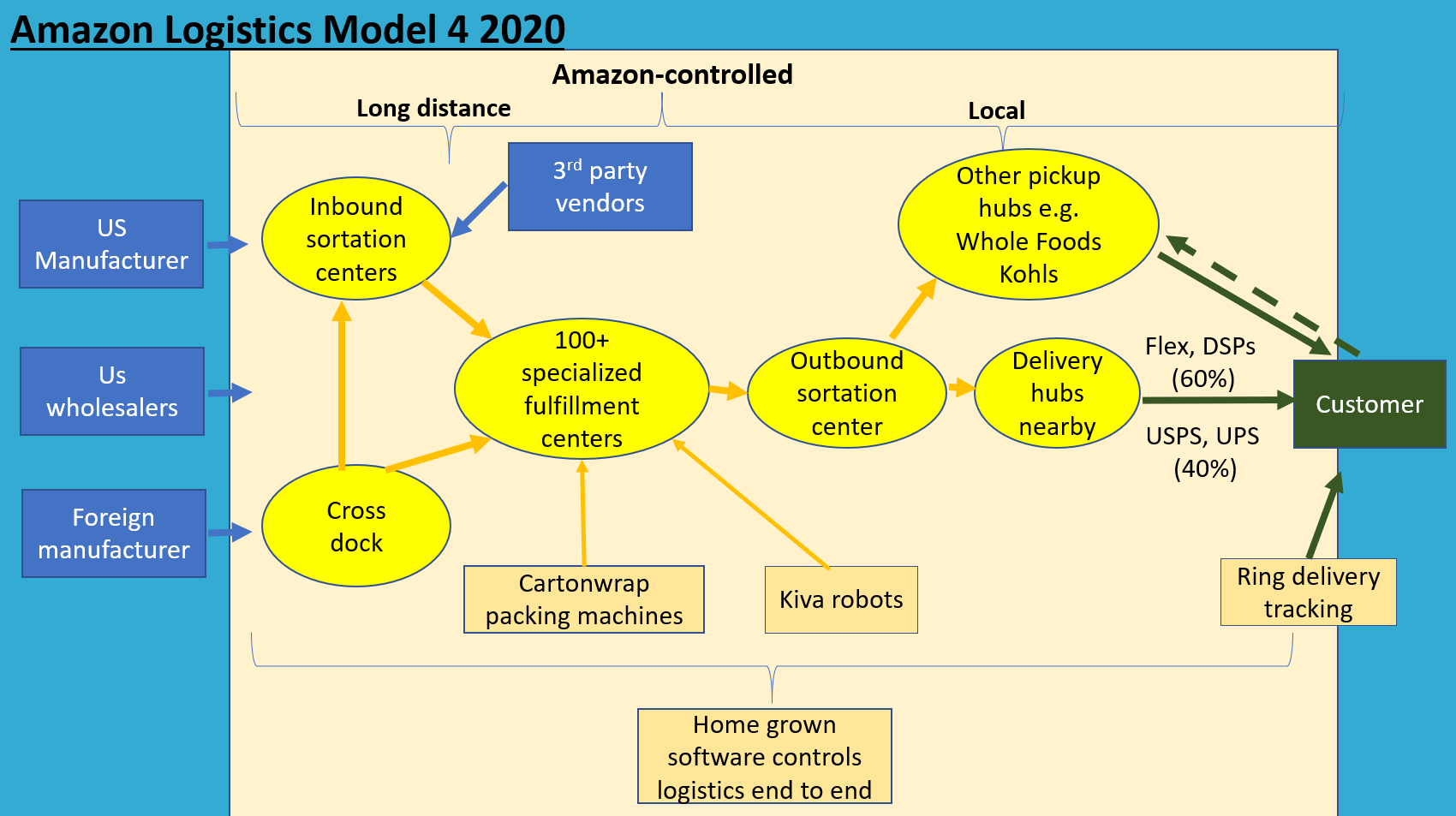 So Amazon will spend the money now to fully exploit this unique opportunity to bust into groceries in a big way. Amazon is investing to crack open a $632 billion market, where only 2.8% was online in 2018. Only on Wall St. is this entirely inevitable strategic choice somehow seen as a negative.

A final note. It’s not as though Amazon was deciding between more invetsments and dividends or stock buy backs. It doesn’t do either. It always uses its money to invest further. So, does it matter that it is pouring its profits into an immediate opportunity rather than adding to its $55 billion cash hoard to fund later investments?

Investors should be ecstatic that Amazon has found yet another multi-billion dollar opportunity. And Walmart and the rest should be even more worried.