2020 Solving the Survey’s Dilemma: Estimating Future Returns From Innovation Program Investments. Why surveys systematically under-estimate the returns from innovation programs, and how to correct that problem.

2017 Amazon 2027: the Future of Retail.    How Amazon’s interlocking strategy spells dominance over retail, and what this means for retail jobs.

2017 The Parable of the Bank Tellers. Why it’s easy to mistake industry growth for employment, and why bank jobs are disappearing  and their wages falling.

2017 Millennial Economics: The Big Squeeze. Why Millennials are suffering, and why they are the canary in the jobs coalmine.

Posts and articles about SBIR

2018 SBIR FAQ: a Non-Technical Introduction. Answers the most common questions asked about the SBIR program.

2017 Impacts of the SBIR Program. Summarizes the current state of knowledge about SBIR impacts.

2016 Explaining the Decline in SBIR Phase I Applications. How the impact of business cycles, shifting budgets, and agency strategy explains application patterns at the five major SBIR agencies

2010 (with Charles Wessner) The Myth of The Mills, ASTRA Innovation Briefs. PDF

1993 “Our Interests in Europe,” The Atlantic Monthly (August)

1993 “The Drunk Under the Lamp-Post Problem: The Clinton Administration and technology Policy,” paper presented at the American Political Science Association Annual Conference

1991 “Trading Up to Prosperity,” The Atlanta Journal (op-ed)

1988 “Sex, Spies, and Scandal: the Profumo Affair in British Politics,” in the Politics of Scandal, Andrei Markovitz and Mark Silverstein, eds. Holmes and Meier, NY

2010 An Innovation Design and Implementation Plan, Ministry of Science and technology, Saudi Arabia

2001 Measuring and Sustaining the New Economy, report for the National Academy of Sciences

2001 Positioning DTT in the Network Economy: A Role for the Deloitte Forums report for Deloitte Touche Tohmatsu

1998 The Convergence Project: Interim Report assessment for Deloitte and Touche

1997 Riding the Distance Learning Express: The Coming Revolution in Distance learning and How Publishers can Profit from it, report for Houghton Mifflin

1995 Transforming the Electric Power Business: the Role of Demand Side Management in a Deregulating Industry, report for Mitsubishi Research

1993 Leading the Learning Curve: The First 300 Days of The Clinton Technology Policy, report for the European Commission (DGXIII)

1992 “European Industrial Policy,” in Europe and the United States: Competition and Cooperation in the 1990’s, Committee on Foreign Affairs, U.S.Congress

1992 “Europe and America after 1992,” testimony before the Budget Committee, U.S. House of Representatives

1989 Winners and Losers in the Industrial Countries: Success and Failure among the Manufacturing Industries of the G-7 Countries 1964-84, report  to the Office of Technology Assessment, U.S.Congress

1989 EC-1992: Completion of the Internal Market in Europe, report for the Office of Technology Assessment, U.S.Congress

1988 White-collar Unions in Britain: Patterns of Development 1900-1960, report to the Office of Technology Assessment, U.S.Congress

1999 Enersphere business plan (funded through acquisition of Enersphere by Urbana, Inc) (with others) 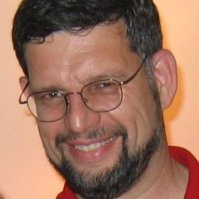